The Skill of Leadership

What do we know about a skill? It takes practice. Right? And if you really want to be exceptional, it takes 10,000 hours according to Malcolm Gladwell. 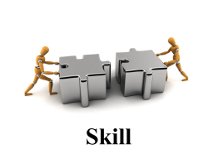 Let's say you spend the day in a servant leadership workshop. At the conclusion, you go home.

“What did you do today,” asks your significant other at dinner that evening.

It would be great if it worked that way. But it does not. It is extremely rare if someone becomes a leader after an eight-hour class.

Also vital to learning the skill of leadership is the application process. This is where you put into practice what you have learned. It is also where you are most likely to make your greatest mistakes and have your greatest growth.

One of the biggest mistakes I have observed in industry today is promoting people to the formal positions of leadership when they are not prepared.

For example, let's take John. John has been with the company for five years. Every day John comes to work, sits in his cubicle, and commences to work. On most occasions, John speaks only when he is spoken to. However, his co-workers have immense respect for him because he knows the system inside and out. They routinely ask John for help, and he reluctantly obliges.

John's new manager has observed his technical abilities. He thinks John would make a good leader, so he promotes John to supervisor. John has never taken a leadership course before. In fact, he has shown no interest whatsoever in being a team leader.

Three months later the department is in disarray. The system’s position once held by John is still vacated and the employees are suffering from John’s lack of leadership skills.

Now the leader has a serious problem. He doesn't have a great system’s employee and the department is without a leader.

I am so surprised at how callous top leadership treats leadership training. An educated workforce is vital to the health, welfare, and future of the organization.

Training is where skills are developed. As John F. Kennedy once said, “Leadership and learning are indispensable to one another.”