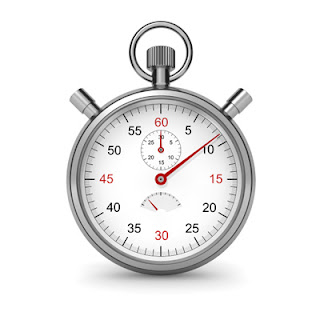 Recently, I was in a meeting with some extreme extroverts, social and conceptual thinkers. If you throw in the fact that several of the participants were very assertive, you have a recipe for a never-ending meeting. There were not a lot of people in the room who had a preference for structural thinking.  Those who did were somewhat introverted. So, here is the backdrop: lots of conversation but no closure.

Personally, I believe the most important person in any meeting is the timekeeper. Each person on the agenda should be given their opportunity to speak but they should also have a time limit. If not, with all of the personalities I described above, the meeting could go on and on and on.

As a result, nothing would ever get done.
Posted by Kelvin Redd at 8:26 AM