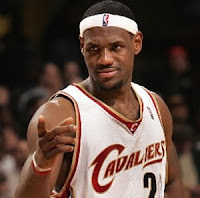 Dennis Waitley, motivational speaker and author, says, “There are two primary choices in life: to accept conditions as they exist or accept responsibility for changing them.”

There are so many facets to being self-aware. One of the most important is taking responsibility for your own actions.

It does not matter whether you are in a formal position of leadership. You are ultimately responsible for your own outcome in life.

This past Sunday night I watched the National Basketball Association’s (NBA) championship game. After the game, Hall of Fame basketball great, Ervin “Magic” Johnson, in his commentary, said that when his Los Angeles Lakers lost to the Boston Celtics 1984 in the championship finals, the first thing he did was blame himself for his team’s loss. Subsequently, he spent that summer working on his game to improve his weaknesses. The very next year his Los Angeles Lakers won the NBA championship.

However, when current NBA star Lebron James’ Miami Heat lost to the Dallas Mavericks on Sunday night, during his postgame press conference, James seemed oblivious to the magnitude of his failure and his effect on the outcome of the game and the series.

If you or someone you know constantly blames other people for your misfortune, it is now time for you to cease the blame game and understand that the buck stops with you.
Posted by Kelvin Redd at 9:00 AM