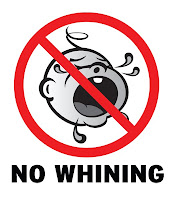 Years ago, there was a man named Fred who walked the same way home from work everyday.

Late one Monday evening, he walked past a familiar house and saw an old man sitting in his rocking chair on the front porch. Lying right next to him was the old man’s dog.

The animal was moaning, groaning, and whining loudly. Fred looked at the old and the dog, nodded his head, and kept walking.

For the next three days, as Fred walked home from work, he saw the same scene. The old man was sitting is his chair and the dog was right next to him on the porch moaning, groaning, and whining loudly.

Finally, on Friday evening while walking home, Fred couldn’t help it, so he stopped in front of the house and spoke to the old man.

“Sir, do you know that your dog is moaning, groaning, and whining loudly?” asked Fred.

“Then why doesn’t he just get up off the nail?” asked Fred.

“Because it’s not hurting him bad enough,” said the old man.

Leadership Lesson: Have you been lying on a nail lately? If so, here are two things you can do to get yourself out of this rut.

(1) Set short-term goals. Keep the goals short and simple. For starters, I recommend setting three. After you accomplish the first, then the second, your confidence should begin to grow and pretty soon you will be on your way.

(2) Surround Yourself with Positive People. When I was in the planning stages of writing this blog, I called a good friend and told him about it. I asked him, “Do you know anyone who is like the dog lying on a nail?” He said, “Nope. I try to stay as far away from those type people as possible.” His statement says it all.
Posted by Kelvin Redd at 2:14 PM