A Conversation with Mayor Teresa Tomlinson 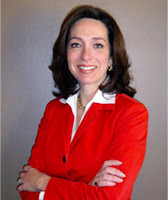 Servant Leadership: A Conversation with Mayor Teresa Tomlinson will be held in the Community Room at the Pastoral Institute on March 17, 2011 at 12:00 p.m. Admission is free and open to the public. Bring your own lunch—drinks and desserts will be provided.

Be on the lookout for registration information in the coming weeks. Seating will be limited.

According to the Columbusga.org website, Mayor Teresa Tomlinson was elected as the 69th Mayor of Columbus, Georgia on November 30, 2010 with 68% of the vote. On January 3, 2011, she was sworn in as the city's first female mayor. Columbus boasts a population of 187,000 and is home to Ft. Benning's Maneuver Center of Excellence – the largest military training base in the world.

Mayor Teresa Tomlinson moved to Columbus in 1994 from Atlanta and married Wade H. (Trip) Tomlinson, who was raised in Columbus, graduating from Hardaway High School. For 16 years she practiced with the law firm of Pope, McGlamry, Kilpatrick and Morrison, LLC, where she specialized in complex litigation and was the firm's only female partner.

Mayor Tomlinson is a 1983 graduate of Chamblee High School in Atlanta, Georgia, a 1987 graduate of Sweet Briar College and a 1991 graduate of Emory University School of Law.
Posted by Kelvin Redd at 4:51 PM