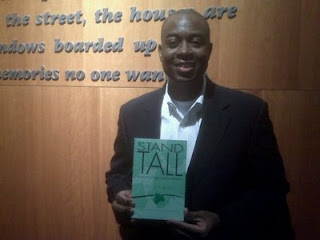 I spent most of this week in Milwaukee, Wisconsin at the Greenleaf Center's 19th Annual Conference. After our plane landed on Tuesday, my wife, Faye, and I checked-in to our hotel, grabbed a bite to eat, and then walked across the street to the Midwest Airlines Center in downtown Milwaukee. I wanted to take a first-hand look at the facilities.

For months I've been talking on the telephone with my publisher's (Kent Keith) Executive Assistant, Lisa. While in the Midwest Airlines Center, low and behold, we run into her. We were standing in front of what was going to be the Conference bookstore. Lisa gestured and said that my book was just on the other side of the door. Immediately, my heart began to beat a little faster.

There was some suspense though—we couldn’t get into the room. The door appeared to be jammed, so it took us a couple more minutes before we got in, but it seemed like an eternity.

Finally, the big moment arrived. I saw the book. To be frank, the whole moment felt surreal to me. On the other hand, Faye was very excited and suggested I pose for a picture holding Stand Tall.

Afterwards, I wanted to share the moment with my 12 year old daughter (my 16 year old was at work), so I texted her the picture. Shortly thereafter, I received a reply and to put things in perspective, she said, “Why are you sending me a picture of you? I know what you look like.” I couldn’t help but laugh as she put the whole thing into perspective.

It’s been several days now since I first saw Stand Tall, it is slowly beginning to sink in that one of my dreams has finally come true.

I’ve had a long day, and I’m tired. I’ll upload some pictures taken at the conference later this weekend.
Posted by Kelvin Redd at 9:51 PM